« Back to event listing

Australia is being ravaged by the worst wildfires seen in decades, with large swathes of the country devastated since the fire season began in late July.

At least 28 people have died nationwide, and in the state of New South Wales (NSW) alone, more than 3,000 homes have been destroyed or damaged. State and federal authorities are struggling to contain the massive blazes.

Australia is experiencing one of its worst droughts in decades -- the country's Bureau of Meteorology said in December that last spring was the driest on record.

Meanwhile, a heatwave in December broke the record for highest nationwide average temperature, with some places sweltering under temperatures well above 40 degrees Celsius

The scale of the bushfires is massive – it’s equivalent to the area shown below being affected in our country. 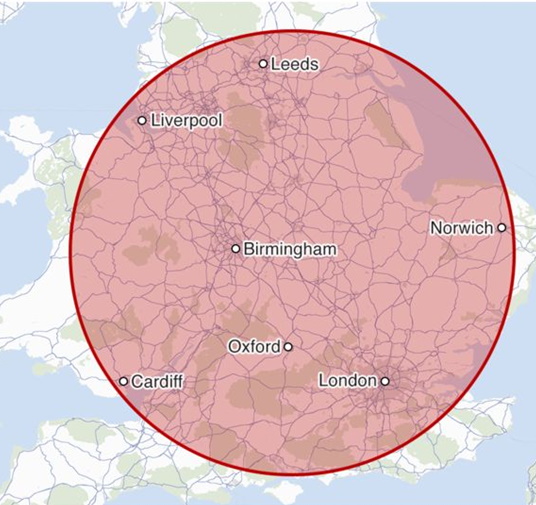 There isn’t much we in this country can do to help, but we can send them money to help with the huge task of restoration. Some of us feel inadequate in the face of this unfolding tragedy, and felt we could do something through our music.

Various choirs and musicians have agreed to come together for a charity variety concert at St John’s Church, St Austell, on Friday 21st February 2020, starting at 7.00pm.

The full line-up will be revealed nearer the time, but so far the following have agreed to lend their support : NoteAbility, Press Gang, Carclaze Voices, Cana.

It promises to be a fantastic evening of top-quality music, with input from one or two surprise guests.

Please come along to support this desperate cause.

With your help, we will be able to send a sizeable amount to our Australian friends in their hour of need.

Click Here to Book Online Now
or
Phone 01726 879500
or
Buy at Tourist Offices in
St Austell - at Rail Station and on ByPass
or
Truro, Boscawen Street,   Bodmin, Shire Hall etc

Book tickets for this event...

Sorry ! Online booking for this event is closed now. Contact the venue direct, they may have some tickets available, and mention that you wanted to book Online !

A fundraising concert by local choirs & other singers, supporting an appeal to raise funds for the Australian Bushfire Charities